October 14, 2020 / by Editorial Board at csmonitor.com
People are often afraid to go out on an entrepreneurial limb – but now’s a better time than ever to build a business. Recessions and unstable periods often present the best opportunities to start new companies. During the 2008 financial crisis, for example, startups like Uber, AirBnB and many others were founded partly as a response to changing market dynamics.

In a little-known challenge to the economic fallout of the pandemic, millions of people have turned the crisis into an opportunity for progress. That is especially true in the United States. According to the Census Bureau, new businesses are springing up at the fastest rate in more than a decade. So far in 2020, the bureau has received more than 3.2 million applications for employer identification numbers. The comparable figure for the same period last year was 2.7 million.

Faced with furloughs or layoffs, many people are fashioning their own form of work. They see the pandemic as a now-or-never time to pursue a dream. (See related story, here.) Choose your cliché to explain this burst of entrepreneurship: Necessity is the mother of invention. Sweet are the uses of adversity. If life gives you lemons...

Some people can obtain loans, but many start with their own savings, driven by the passion of a good idea to invest in a new service or product. They tap into unexplored creativity, flexibility, and adaptability. “The most important lesson of COVID-19 is learning to adapt,” Myriam Simpierre, who opened a neighborhood grocery in New York City, told MarketWatch. “Distribution channels go awry. Prices change. A pandemic happens. Anything can happen. You have to be adaptable.”

Another entrepreneur who opened a hair salon makes sure she regularly sweeps the sidewalk out front and provides a bowl of water for passing canines, giving her an opportunity to “talk to everybody” passing by. In turn, she says, the neighborhood has embraced her business.

While many existing businesses have been forced to shut down, optimistic newcomers push ahead, in part out of a joy in being their own boss. The pandemic has produced a supercharged version of “creative destruction,” the theory that a good economy thrives when older businesses lose their way and innovative ones spot an opening. That churn is also putting the lie to the idea that only big corporations will survive the pandemic.

One reason many of these new businesses are enjoying early success is that customers crave in-person buying experiences after long periods of social isolation. That’s especially true when customers can meet new people, such as in a cafe. Other entrepreneurs spot new trends – such as a strong demand for bicycles – that they can supply.

A personal trainer in Madison, Wisconsin, who lost his job, started a mobile bicycle repair business, investing about $1,000 in equipment. Now he’s booked fixing bikes at people’s homes all day long, earning more than he did in his previous job.

“It feels like I built a rocket and lit it – and now I’m just holding on to the tail,” he told The Wall Street Journal.

Starting a new venture can be scary. But it can also be liberating. People find they must draw on their innate qualities, such as a humility to serve or the courage to test a new idea. Those are the fuel behind any new venture and are just one of the salves during the pandemic. 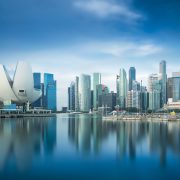 Why Are Politicians Wrong About COVID Policies? Because They Use The Wrong Kind...
Scroll to top
Write for CFI